Winners of the Beethoven Prize at the 2nd International Beethoven Chamber Music Competition in 2017, the Fitzroy Quartet formed at the Royal Academy of Music in 2014 and is currently 'Associate Ensemble' at the Royal Birmingham Conservatoire.  They come to us as winners of a Tunnell Trust award, which helps outstanding young chamber groups to launch their careers, and have assistance from the Tunnell Trust.  As of September 2017 they were invited to become artists on the Belcea Quartet Charitable Trust where they are now receiving tuition from members of the Belcea Quartet.

The quartet has received many awards and prizes including the St Peters Eaton Square Prize, the Wolfe Wolfinssohn Prize and the Sir John Barbirolli Memorial Prize; they also reached the final of Royal Overseas League Competition in 2017 and are gaining an international reputation. 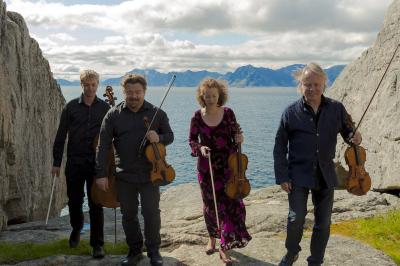