Jean Johnson who recently recorded the Brahms sonatas with her husband, Steven Osborne

Naomi Pavri has performed with the Chamber Orchestra of Europe, and has been principal cellist with Scottish Opera and the Royal Philharmonic Orchestra. In 2007, she became an Associate of the Royal Academy of Music and in December 2010, Naomi gave a recital tour in India with her husband, Fali Pavri. She is probably best known locally as a player in the Scottish Ensemble.

Fali Pavri enjoys a busy and varied international career as soloist, chamber musician and teacher. He has performed with many eminent musicians including violinists Nicola Benedetti and Ilya Gringolts, the Vellinger and Vertavo quartets, the Leopold Trio, Paragon Ensemble, Scottish Ensemble, and clarinetist Andrew Marriner. He is a member of the newly-founded Rembrandt Piano Trio and he has an exciting duo with his wife, Naomi. 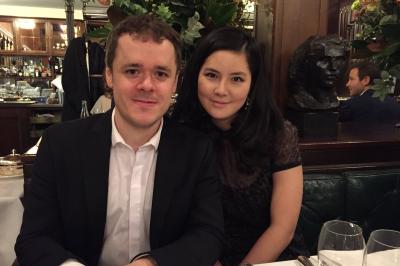