Music Nairn's 2016-7 Season got off to a flying start with a thoroughly enjoyable Sunday afternoon recital given by Maximiliano Martin and Julian Milford. As the principal clarinettist with the SCO Max Martin is naturally a highly accomplished player, who has played concertos, including the notoriously demanding clarinet concertos by Ludwig Spohr, with a number of European orchestras. He has also found time to pursue an active chamber music career, often in the company of pianist Julian Milford, and it was with this hat on that he entertained us on this occasion.

The duo opened their recital with Schumann's Drei Fantasiestücke opus 73, a staple of the clarinet and piano repertoire and beautifully written for both instruments. It was clear from this opening item that Martin takes an overtly dramatic approach to his performances, seeming at times more like an actor with a clarinet than a clarinettist. He seemed to be living the music in search of its every nuance, constantly following a narrative in his head. Sympathetic accompaniment from Milford suggested that he shared this approach, and the results spoke for themselves. Recent research into these pieces by the late Alan Hacker has redirected attention to Schumann's manuscript, and a number of features familiar from the standard edition have been unmasked as later spurious editorial additions. Perhaps it is time we all turned to this new edition to get closer to Schumann's original intentions for these attractive pieces.

Martin continued the recital with some very different repertoire by Igor Stravinsky – the Three Pieces for Solo Clarinet composed in 1919 in the wake of the success de scandale of The Rite of Spring. While these miniatures seem on the opposite end of the scale from the giant score of The Rite, they always suggest to me that a clarinet has escaped from the woodwind section of this latter work and is exploring on its own very similar ritualistic material. A further element in these quirky pieces is Stravinsky's recent acquaintance with jazz, and at various points they take flight in the sort of riffs and variations Stravinsky heard from jazz clarinettists. Martin's alternation of peppy activity and rapt stasis made for a fascinating performance. A remarkable pianissimo (truly the 'niente' demanded by Stravinsky) also served well in the Debussy Première Rhapsodie which concluded the first half. Written as a Paris Conservatory test piece, the work explores the full technical potential of the clarinet as well as being a highly characterful piece of musical impressionism. Martin and Milford were in perfect co-ordination in a consummate performance of this lovely piece.

The second half of the concert was devoted to Brahms' Second Clarinet Sonata opus 120, a work from the composer's old age when his compositional juices were stirred by the playing of Richard Mühlfeld, resulting in a late rush of masterpieces for the instrument. The Second Sonata captures perfectly the autumnal ambience of the composer's latter years and at the same time his passionate infatuation with Mühlfeld's playing – there is even a lovely description of the aging master sitting entranced, listening to Mühlfeld practising! It is a work, which even if I weren't a clarinettist I would still love deeply, and Martin and Milford's account was mellifluous, passionate and serene by turns, just as Brahms intended. Striking throughout this recital were Martin's consistently warm, rounded tone and Milford's sympathetic touch on the Music Nairn Steinway. Warm too was the applause from a large audience that greeted their performance, and the musicians responded with a sublime performance of the first of the Vier Fantasiestücke by the Danish composer Niels Gade, works which I myself had championed as a student in the 1970s. It's a small world! 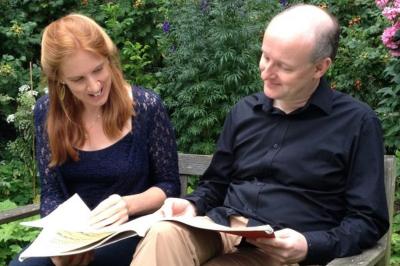 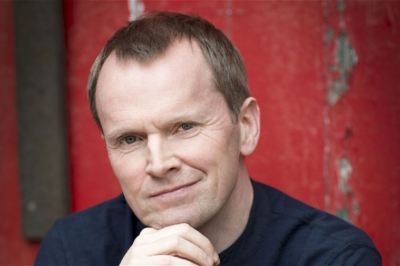