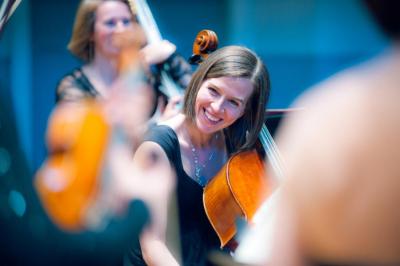 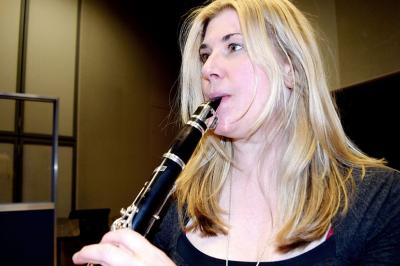 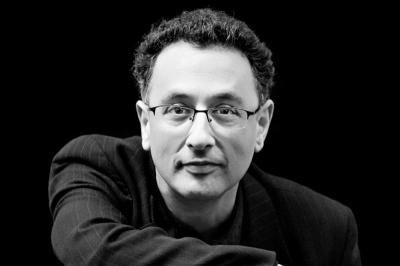 I suppose I was always going to enjoy the latest Music Nairn concert. It contained two of my favourite chamber pieces, I had played three of the pieces, and it included a clarinet. But on the other hand I suppose it also made me a more knowledgeable critic than usual. Anyway, the performance by the Pavri Trio, Fali and Naomi Pavri, piano and cello respectively, and Jean Johnson, clarinet, had been some time in the planning, involving a late change of personnel and date. However, two of the three performers had played previously for Music Nairn, and we knew we were in for a treat.

The concert opened with the Beethoven Clarinet Trio, an affable and charming early work written by the young master for Joseph Beer, the leading clarinettist of his day and himself a composer of concertos of ambitious technical difficulty. Beethoven's music for Beer is more conventionally charming and witty, and the Pavri Trio enjoyed the musical jokes threaded through its delightfully engaging textures.

Next came Brahms' E-flat Clarinet Sonata, one of four late works the composer wrote for Richard Mühlfeld, probably the greatest clarinettist of his day. The story of the musical 'bromance' which developed between the aging composer and the virtuoso musician (Brahms referred to Mühlfeld as his 'Fräulein Klarinette') is legendary, and clarinettists everywhere are grateful for its exquisite fruits. The second of the two opus 120 Clarinet Sonatas is a rhapsodic work, on which Brahms brings to bear the a full lifetime of compositional experience. Jean Johnson and Fali Pavri captured perfectly the autumnal glory of this rich and imaginative score.

The second half opened with music by 20th-century composer John Mayer, who mined his Anglo-Indian heritage to produce a unique compositional style, inventively blending elements of Western and Indian musical cultures. Prabhanda for cello and piano opened with beautifully timeless raga-type music before developing into a series of increasingly animated dances, ending in a frenetic Gat in catchy 15-beat phrases. Sharing Mayer's heritage undoubtedly gave Fali Pavri additional insight into this expressive and atmospheric music, and he and his wife gave us a powerfully evocative and virtuosic account of Mayer's exotic piece.

Back to Brahms for the finale, and another of his works for Mühlfeld, his lovely Clarinet Trio opus 114. This work's beautifully interweaving lyrical lines and rhetorical declamations make for an emotional and exciting experience, and all three players provided passionate accounts of their individual lines, blending them effectively and sensitively to produce a performance which was both very enjoyable and entirely persuasive. Although I am slightly biased on the subject, I found myself confirmed in the impression that the combination of clarinet, cello and piano provides the composer with a particularly rich palette of timbres, and this was powerfully underlined by the rich and varied playing of the Pavri Trio.